Kimberley A. Minkel is the Executive Director for the Niagara Frontier Transportation Authority.  Formerly the Director of Health, Safety, and Environmental Quality.

Kimberley A. Minkel started at the Niagara Frontier Transportation Authority in October 2002, as its Director of Health, Safety, and Environmental Quality. She earned a Bachelor of Science degree from Niagara University in 1988 and an MBA from Canisius College in 1995.

As director of the Authority's HSEQ department, she worked to ensure the safety and protection of its workers, riders, the public and the environment. She oversaw the completion of an award winning $13.1 million environmental project for the Buffalo Niagara International Airport that uses wetland treatment technology for treating spent deicing fluid in storm water runoff. She has also co-authored several papers dealing with innovative approaches for managing storm water runoff at airports.

The BNIA is the first airport in the United States to use such a process. This project was awarded the Diamond Award in the Environmental Category by the NY branch of the American Council of Engineering Companies and a very prestigious Honor Award by the U.S. national ACEC.

She was unanimously selected by the NFTA’s Board of Commissioners to be its new executive director December 28, 2010. As such, she oversees a workforce of approximately 1,550 dedicated employees, with an annual operating budget of $202.3 million.

The NFTA operates the Metro Bus and Rail system, which provides approximately 26 million passenger trips per year, the Buffalo and Niagara Falls International Airports and the 1,033 slip Small Boat Harbor.

Under her leadership the NFTA earned a coveted Gold Standard award from the Transportation Security Administration for the Authority’s overall high security standards and practices based on a 2013 Baseline Assessment evaluation conducted by the TSA.

John Cox is the Chief Financial Officer
for the Niagara Frontier Transportation Authority where he is
currently responsible for the development and implementation of the NFTA’s strategic plan relative to financial planning and management. He manages existing projects and helps to execute new programs and processes, such as Enterprise Resource Management and an environmental risk assessment.

David J. State is General Counsel for the Niagara Frontier
Transportation Authority. As such, he is responsible for the
functions of the Authority’s legal and property management departments.

State was an assistant state attorney general prior to joining the NFTA in April 2011. Prior to that he was an administrative law judge with the New State Office of Temporary Disability and a JAG Officer (Major) for the Trial Counsel, 42nd Infantry Division.

He has previous experience as legal counsel to numerous boards and agencies including the Buffalo Common Council, Preservation Board, Elevator Safety Review Board and the Buffalo Municipal Housing Authority.

An Iraq veteran, he served from May 2004 to Jan. 2006 when he was mobilized to active duty in support of Operation Iraqi Freedom and served with the Army Judge Advocate General Corps in Iraq.

He is a graduate of Buffalo State College and SUNY at Buffalo Law School.

He holds faculty positions at the University of Buffalo where he teaches Urban Development Law and Policy and at Erie Community College where he instructs on Business Law I and II.

He and his family reside in Buffalo, NY.

Ms. Brunette joined the NFTA in 1994. Since that time, she has successfully tried numerous cases and has fully developed the litigation function of the Legal Department.

Ms. Brunette earned a Bachelor of Arts Degree in English from St. John Fisher College in 1989 and a Juris Doctor from Cleveland-Marshall College of Law in 1994. She is admitted to practice law in both state and federal courts in New York.

Ms. Brunette sits on the Board of the Defense Trial Lawyers Association and is a member of the Erie County Bar Association, Women’s Bar Association of the State of New York and Women Lawyers of Western New York. She is also a graduate of Leadership Buffalo’s Class of 2008.

She resides in North Buffalo.

Christine D’Aloise is the Director of Risk Management & Special Projects for the Niagara Frontier Transportation Authority. She is responsible for protecting the financial assets of the NFTA against the adverse effects of accidental losses; establishment of Authority wide risk management programs and procedures; and determining whether to maintain or transfer risk exposures via contracts. Ms. D’Aloise is responsible for oversight of the nine professionals within the Claims Department and the Workers’ Compensation Department.

Prior to joining the NFTA, Ms. D’Aloise worked for Marine Midland Bank, N.A. as a Senior Auditor. She joined the NFTA in 1992, as an Auditor, and was promoted to Risk Manager in 1996 and subsequently to her present position as Director of Risk Management & Special Projects.

Patrick J. Dalton is the Director, Internal Audit & Corporate Compliance for the Niagara Frontier Transportation Authority where he is currently responsible for the Internal Auditing function and various corporate compliance reporting requirements.

The Internal Audit Department is responsible for evaluating, documenting and testing the NFTA's system of internal control and the reliability and operation of accounting and other reporting systems. It checks for compliance with established policies, plans, procedures, governmental laws and regulations, and reviews the soundness and adequacy of the policies and procedures to accomplish their purpose at a reasonable cost. It also verifies the existence of the Authority assets assuring proper safeguards are maintained, identifies opportunities for improved operational performance, coordinates the audit work with that of the external auditors, submits audit plans to the Audit and Governance Committee for review and evaluates specific programs and performs other special projects requested by management.

Prior to joining the NFTA, Mr. Dalton worked for Ernst & Young as an Audit Manager. He is a licensed Certified Public Accountant in New York State. After leaving Ernst & Young, he joined the NFTA in April 1992, as an Auditor I and was promoted to Auditor III and subsequently to his present position as Director of Internal Audit.

Steven Duquette is the Chief Information Officer for the Niagara Frontier Transportation Authority.

He is responsible for operations and strategic planning for all Information Technology throughout the Authority.

The Information Technology department manages hundreds of servers, operational systems and business applications within the Authority.

Mr. Duquette has a Bachelor of Science in Computer Science and a Master of Science in Software Engineering from Embry-Riddle Aeronautical University.

Currently the Director of Health, Safety, and Environmental Quality (HSEQ). As HSEQ Director, has accountability to ensure the safety and protection of the NFTA’s workers, riders, the public and the environment.

He currently resides in Orchard Park, NY and spends his spare time chasing his young grandchildren around.

George W. Gast was appointed as the fourth Chief of Police
for the Niagara Frontier Transportation Authority Police Department
on March 1, 2010. Gast began his law enforcement career in 1982 as a Patrol Officer for the Willoughby (Ohio) Police Department. In 1984 Gast entered on duty with the Federal Bureau of Investigation (FBI) as a Special Agent assigned to the Waterbury Connecticut Resident Agency, New Haven Division. In 1986, Gast was selected from the ranks of the FBI to become one of fifty Special Agents assigned to the Hostage Rescue Team (HRT). The HRT is a full time national level tactical team prepared to deploy to any location throughout the world to conduct a successful rescue of United States citizens who may be held illegally by domestic criminals or international terrorists.

In 1990 Gast was transferred to the Buffalo NY Office of the FBI where he served as the SWAT Team Leader, Principal Firearms Instructor, and was tasked with investigating organized crime, gangs, narcotics violations, bank robberies, and crimes against children among other federal investigations. In 1997 Gast was named a Supervisory Special Agent in the Buffalo NY FBI Field Office. In this capacity Gast was responsible for the supervision of the Violent Crime Major Offender Squad, the Organized Crime/Drug Squad and the Buffalo Violent Crime Career Criminal Task Force. Gast also served as an FBI certified undercover agent and functioned in numerous undercover operations throughout the United States. In November 2004, Gast retired from the FBI to accept a position as the Assistant Federal Security Director for Law Enforcement for the U.S. Department of Homeland Security.

Mr. George was previously the Executive Director of the Niagara International Transportation Technology Coalition providing overall leadership and management responsibilities for the multi-agency international coalition of transportation entities in Western New York and Southern Ontario. NITTEC is a transportation management organization that provides technology and collaborative services to enhance the safety and efficiency of travel and the movement of goods and services throughout the region.

He currently serves as the Vice President of the New York State Public Transit Association and is on the Board of Directors of Continental One and the Buffalo Civic Auto Ramps. Tom is also an active member of many professional affiliations including the American Public Transit Association, the American Bus Benchmarking Group, Benchmarking Group of North American Light Rail Systems, and the Institute of Transportation Engineers (ITE).

Mr. George is a Licensed New York State Professional Engineer with a Bachelor of Science degree from Michigan Technological University in Civil Engineering.

John Schaefer is the Acting Director of the Engineering
Department for the Niagara Frontier Transportation Authority (NFTA).

Biography will be coming soon.

Prior to joining the NFTA, Mr. Vanecek received his Certified Public Accountant license in New York State and worked for Price Waterhouse. After leaving Price Waterhouse, he worked for AMR Corp in Dallas, TX where he served as the Vice President of Finance for Simmons Airlines, American Eagle’s largest regional air carrier. 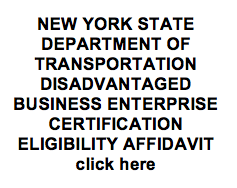